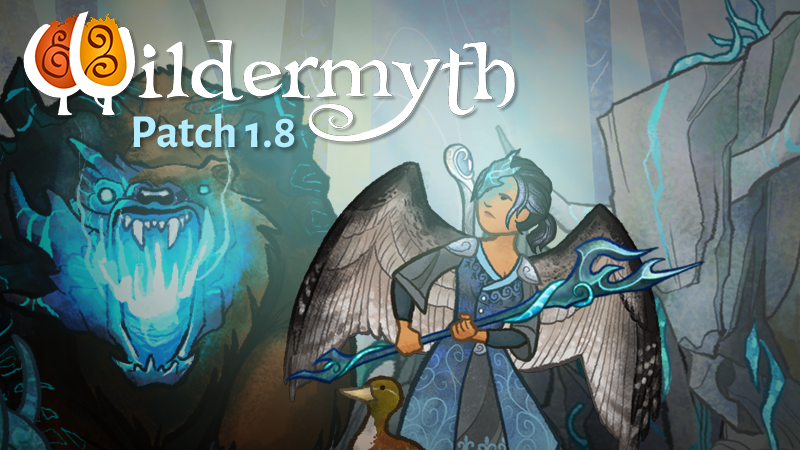 Wildermyth is now available to purchase on GOG! We've been working on this for a while, so we're excited it's available to you all at last.

For the longterm players whose Legacies are bursting with heroes, we heard you; we've made some quality of life updates to the Legacy Browser! You can now filter by legacy tier, class and playability, and search by aspects to help find that one specific hero. We added a hero list view where you can scroll through and search for heroes by name, and set whether or not they're playable more easily. You can also see what past versions of your legacy heroes have looked like (and what companies they've been in), and what heroes will look like when you recruit them in a new campaign! And for those of you tired of seeing your heroes in their 80's and 90's, there's now an age customization option.

As for controller improvements, during missions the controller cursor now snaps to targets rather than needing to move the cursor across the board. (The old functionality is still available by turning off the "Snap Controller Cursor to Ability Targets" interface option)

You'll also find four new events, and all hairs have been updated to fit all heads so there shouldn't be any more wonky barber jobs.

Phew! That's a lot. What about going forward, though? What can you expect to see from Wildermyth for the rest of 2022 and beyond? You can check out our new roadmap here for those answers!

GOG Integration!
Legacy Browser Improvements:
* Filter by legacy tier, class and playability
* Hero list view for easier playability setting
* Search bar to filter by aspects, e.g. wolftouched
* Past versions of a hero can be viewed
* Heroes should move around less when customizing
* Option to customize hero age
New Events:
* Early to be Alone
Rewritten Events:
* Phantom of the Range (from: The Shape of Things to Come)
* Paradise
* Flowers For No One (from: Ticking Tomb)
Improved controller functionality
New sfx for certain abilities
Added option to hide in-game console
Overlapping ability buttons look better
Moved star in gear upgrades to top left
Crag Eagle roll difficulty adjusted
Controller navigation now wraps on in-game menus
All hairs should appear properly on all heads now
Added custom Dreamloom map
Fix a bug with Pulling Threads skipping in multiplayer
Fix a bug with legacy file saving in multiplayer
(earning achievements, legacy heroes, completing tutorial)
Fix a bug with premature comic skips in multiplayer
Fix a bug where base monster calamities could never be removed
Fix a bug where lower tier calamities removed before higher ones
Fix a bug where calamity cards could jitter up and down at low fps
Fix a bug with stone stunt pin range on multi-tile enemies
Fix a bug where Needed Elsewhere choice didn't recruit a hero
Fix a bug with incorrect station job names
Fix a bug where acid damage was reduced by walling
Fix a bug with the Low Road missing escape regions
Fix a bug where Harvest kills wouldn't proc vfx
Fix a bug where shooting star feedback was incorrect
Fix a rare bug where the gear dialogue wouldn't show up
Fix a crash from movement prediction
Fix a bug with Silver and Shadows pet targeting
Fix some typos
Tools: Theme skin data now stored in aspects, for modding support
(no longer hooked up directly to themes)

Thank you! As a mostly GOG user, this is really exciting! The other updates sounds good too. :)

I shall toss a few coins to GOG, even if I already own the game here...

Is it easy to migrate our legacy, savefiles and game data to GOG version?

You can copy the /players/ folder, that will get everything!