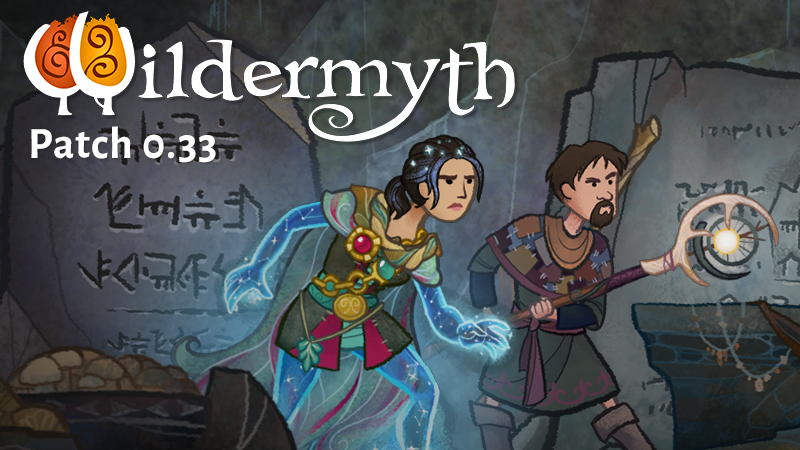 There's a new way to play Wildermyth. You can now select "Carved in Stone" when starting a new game. This is similar to "ironman" or "commitment mode" in other games - there's only one save file, and no option to load. Quit is replaced by "Save and Quit." It's not on by default, but it's there for those who want it!

We've also added a way to view your unlocked legacy weapons from the legacy browser and the in-game menu, and have made some balance changes to abilities.

On the Tools front, we've done a lot of work to make the comic editor more accessible. We've simplified and improved the event setup process, removed irrelevant fields from the editor, and improved feedback. We also tried to make a more comprehensive guide on getting started with the comic editor tools, which can be found here. We'd love to hear from anyone who wants to make comics, where are your stumbling blocks?

In the background, we're also working on some other roadmap items, achievements and controller support specifically. Neither of these is ready yet. Achievements might not be ready until we get close to launch.

Now that the holidays are over, we will aim to get back to our regular cadence, and ship a patch every 2-3 weeks. Our roadmap is here. As you can see we're getting to the final segment of stuff! We're really excited about reaching 1.0.