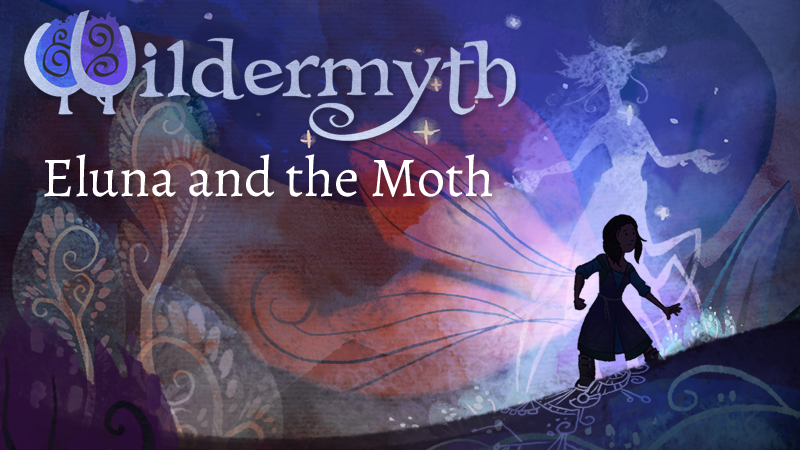 We're very excited to announce our fourth main campaign, "Eluna and the Moth." This is the most the intricately crafted experience we've ever delivered, and we're very proud of it. This story focuses on the Thrixl, and it mixes up the usual Wildermyth formula in some big ways.

To fit with the story, the first chapter takes a more directed approach with less overland management. Many of the battles and events throughout the campaign happen at less expected points. The campaign happens over a smaller span of time, allowing your starting heroes to make it all the way to the end. Because of that, we were able to integrate them into the story from start to finish - if they survive, that is.

Also in this patch are several new victory events, a few new faces, and the regular raft of bug fixes and tweaks.

We aim to ship a patch every two to three weeks, and our roadmap is here.

New Campaign! Eluna and the Moth: a five chapter Thrixl story
New male face (M7)
New female face (F7)
New female face (F8)
New Victory: In Our Wake
New Victory: Fodder
New Victory: Takeaway
New Victory: Up In Smoke
2X and 3X monster cards will now show up later
Thrixl Changes: * Removing mindworm now makes you immune for a turn * Thrusk +damage calamity separated into 2 calamities * Drathix breath now just poisons once * Increased etherburn damage based on difficulty and enemy type
Reduced scorpion tail damage.
Reduced recommended starting calamity cards for Walking Lunch
AI now does a better job trying to get to heroes blocked by scenery
Reduced thornfang scaling with potency.
Skunk spray now scales with potency.
Objectives on HUD can now use second line if needed
Fire stunt fireballs can not be blocked or dodged.
Burials now happen before the interval
Dead heroes no longer show in relationships tab
Children can no longer generate with a different last name
Ember arrows and piercing shot now work with morthagi crossbow
Fix a bug where calamity error message would linger
Fix an overland camera bug with inactive heroes
Fix a bug where "pick from legacy" would show up when none to pick
Fix a visual bug with starheart and oldwane curse Fix a bug where lover's vengeance would hit wrong enemies in AOE
Fix bug where ember arrows didn't shred armor
Fix bug where stubble didn't work on one head
Fix a bug where some lover events could happen for wrong people
Fix a bug where burials and calamities could show before game over
Fix a bug with plot teleports
Fixed a bug where allies blocked line of sight for knockback abilities
Fix a rare bug with ability prediction causing de-sync
Fix a bug with water stunt and guardian
Fix bug where walking though fire triggered counters against self
Fix a camera panning bug
Fix bug where relationship locking did not work
Fix a pathfinding bug
Fix some text rendering irregularities
Fix bugs with "immune to knockback"
Fix some typos
Tools: aspect validation now recognizes wildcards
Tools: calamities file is now merged instead of overwritten by mods
Tools: searching for effects now looks at all text in the effect
Tools: Added AI Behavior Inspection option (game and combat lab)