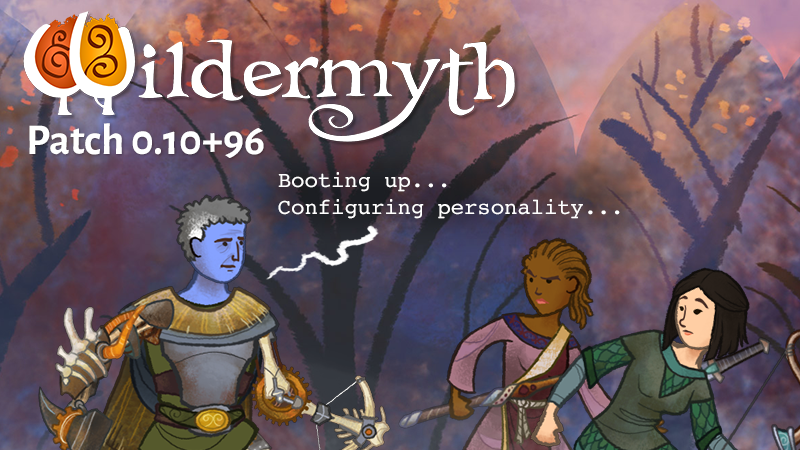 For this release we've been focusing on fixing bugs and making small improvements in response to your feedback. We plan to ship updates every two weeks. The major focus for this patch is bugs and crashes. We fixed several crashes and several memory leaks, and we think things should be a bit more stable now. We also had time for some small features and some content, too.

One thing people have asked for is more customization options, so we added personality customization. You can swap personality stats around from within the character sheet. Go ahead and make that Cowardly Hothead or that Goofish Leader you've been thinking of!

Here are the full patch notes:

Can now customize hero personality stats
Reworked Story: Drifters
New Theme: Sylvan
Fixed several memory leaks
Fixed a bug where augments (rings, cloaks, pauldrons etc.) would get wrong stats on load
Added a tutorial panel for Legacy Points
Changed shooting star to magic damage
Fixed a bug where evading fire damage would show an extra animation
Removed interfusion slot requirement for compulsion
Differentiate "Swift Actions" from free actions in UI. Swift are "free once per turn."
Crossbows now correctly give +5 accuracy
Nerf Bartoth speed to 4 instead of 5
Fixed wrong "retake the station" being triggered.
Fixed a bug where it was sometimes impossible to secure 2 sites at once
Fixed a bug where sacrificed hero could show up in party select during next chapter
Fixed a bug where promotion events for retired heroes could block the game.
Ulstryx Chapter 2 (Seacave Escape) now easier on Rowling and Lewis
Don't show continue button if most recent save is a completed game
Clean up some log spam, including "skeleton fire is missing animation attack"
Improved layout of "customize mods" dialog
Additional tiding for wolf theme
Fixed a bug where fire stunt could go through walls
Jumpjaw now correctly a swift action
Use correct monster for Library of Light
Use origin town name instead of "Bunch of Farmers"
Fixed a bug where Enduing Mortificer would show up as a human in combat.
Fixed (most/all?) cases where dead heroes could show up in the credits
Fixed: Comic editor did not work in countries where , is used for decimal separator
Fix a couple small bugs with Labors screen
Fixed a bug where choosing the same legacy hero twice in recruit popup would fail
Fixed various typos and missing text
Fixed a couple of tool crashes
Wiki: get rid of Ability: and Event: prefixes for wiki links